The City of Parkville substantially completed improvements to Route 9 from Highway 45 to Lakeview Drive, including a new sidewalk that connects to Main Street. The project was a multi-year, large-scale project that has added street improvements, trails, sidewalks, lighting and a traffic signal. 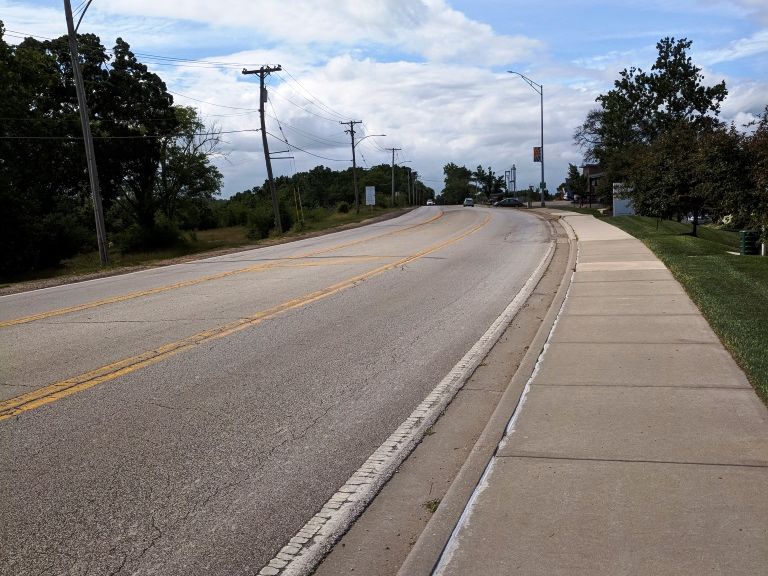 The Route 9 Improvements Project began with the Route 9 Corridor Study, adopted in January 2016, that identified important transportation concerns, specifically the need for Complete Street improvements along Route 9 to improve safety, mobility, stormwater management and multimodal accessibility. The improvements from Route 45 to Lakeview Drive represented the first three of the twelve segments.

A local match from the City was required for each grant. To fund the local match, the 9 Highway Corridor Community Improvement District (CID) was created in December 2016 to collect a one percent sales tax on retail sales from properties within the District. The City had a debt financing strategy to cover the remainder of the match needed that was not covered by CID revenues.

The design of the improvements, with the assistance of George Butler Associates, began in August 2017 and was completed in mid-2019. Following completion of the design, right-of-way was needed in order for the utilities to be able to move to the correct locations within the project area.

In June 2021, the City contracted with Gunter Construction to construct the improvements from Highway 45 to Lakeview Drive, including the addition of a sidewalk connecting Lakeview Drive to Main Street. Improvements include curb and gutter, stormwater improvements, a ten foot shared-use path for non-motorized users, sidewalks, a traffic signal at 63rd Street, marked crosswalks and pedestrian lighting. Staff anticipates the landscaping will be completed by the end of October.

Note: Materials and amounts from bid documents. Final numbers may be slightly different.

Mayor Dean Katerndahl said, “The City is excited that the improvements have been substantially completed. It has greatly improved vehicular traffic through the community and includes design elements that enhance aesthetics and pedestrian movements. We are currently seeking funding opportunities for future phases.”

For more information about these projects, contact Public Works Director Alysen Abel at (816) 741-7676.